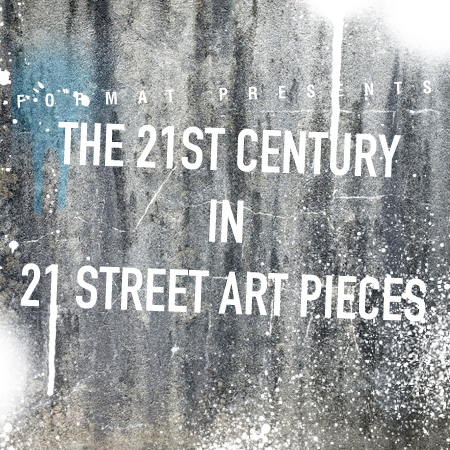 Although the 21st century is still young, many of its events have changed the world and defined a generation. Worldwide news sources feed us information about disasters, social ills, and remarkable figures, yet it is often the street artists, and the youth with spray paint and markers who offer us more emotive, artistic interpretations of pressing issues. We have brought together a collection of such works from around the globe. 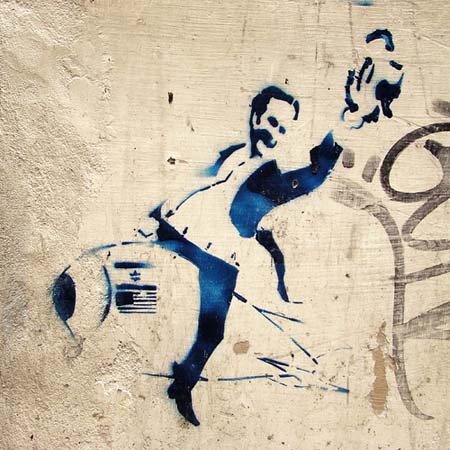 Who knew that a Yale and Harvard grad would turn out to be known as the dumbest president ever? The eldest son of the 41st president of the United States, George W. Bush was elected as the 43rdpresident in 2000. Early in his career, Bush was faced with the devastating 9/11 terrorist attacks. Shortly after, he announced the ‘War on Terror,’ as well as the invasions of Afghanistan and Iraq. Bush is also credited with poor handling of hurricane Katrina, as well as the near doubling of the US National debt.

Almost 3,000 were killed in the September 11, 2001 attacks after hijacked airplanes crashed into the World Trade Center’s Twin Towers, the Pentagon, and a grassland in Shanksville.Â After nineteen Al-Qaeda terrorists took over the aircraft by stabbing pilots and flight attendants, fearful passengers made their last attempts to phone loved ones. The world watched, stupefied, as the mayhem and destruction unfolded on the news. In the background of the on-site news coverage, viewers could see and hear bodies hitting the ground after jumping out of the upper levels of the burning towers. 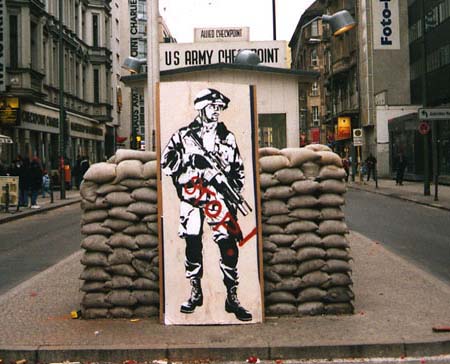 The War in Afghanistan, which began on October 7, 2001 as the U.S. military Operation Enduring Freedom, was launched in response to the September 11th attacks. The stated purpose of the invasion was to capture Osama bin Laden, destroy al-Qaeda, and remove the Taliban regime that had supported al-Qaeda.Â On March 20, 2003 troops from the US, UK, Australia and Poland invaded Iraq. The stated reasons for the invasion were “to disarm Iraq of weapons of mass destruction, to end Saddam Hussein’s support for terrorism, and to free the Iraqi people”. However, the invasion has also resulted in the devastation of Iraq and Afghanistan, and the deaths of countless civilians. 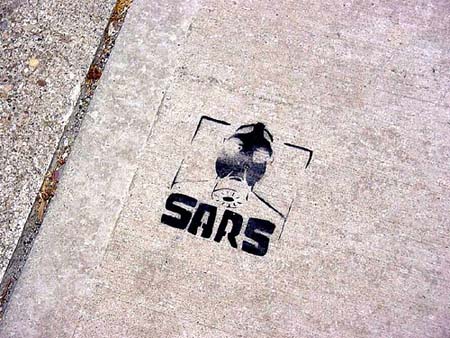 SARS, or Severe Acute Respiratory Syndrome is a respiratory disease affecting humans. The only near pandemic of the disease to date occurred between the months of November 2002 and July 2003, with 8,096 known infected cases and 774 deaths worldwide. The epidemic appears to have started in Guangdong Province, China, and quickly traveled around the globe. Hospitals were thrown into a state of panic, isolating anybody who showed flu-like symptoms. Fortunately, SARS has been completely contained by the WHO as of 2006. 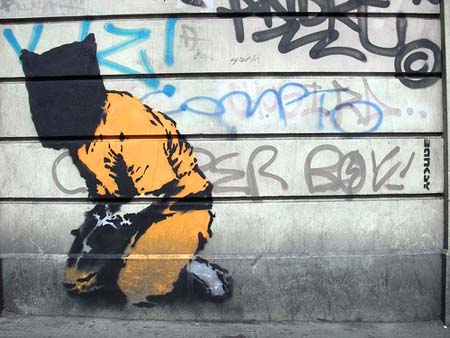 The GuantÃ¡namo Bay Detention Camp is a prison operated by the United States government since 1987 in Cuba. The detainees have been classified as “enemy combatants”. Amnesty International calls the situation at Guantanamo “a human rights scandal”.Â Prisoners released from the camp have alleged abuse of religion including flushing the Qur’an down the toilet and denying detainees a copy of the Qur’an. Red Cross inspectors have alleged acts of torture including sleep deprivation, waterboarding, beatings and locking in confined and cold cells. 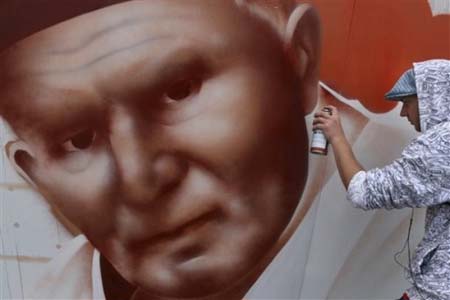 On April 2, 2005, Pope John Paul II died at age 84. He was the only Polish Pope, and the first non-Italian Pope since the Dutch Pope Adrian VI in the 1520s. He sent the first papal email from the laptop in his office (November 22, 2001) andÂ was fluent in Polish as well as Italian, French, German, English, Spanish, Portuguese, Croatian, Ancient Greek and Latin.Â He is credited as being instrumental in ending communism in Poland and the rest of Eastern Europe. 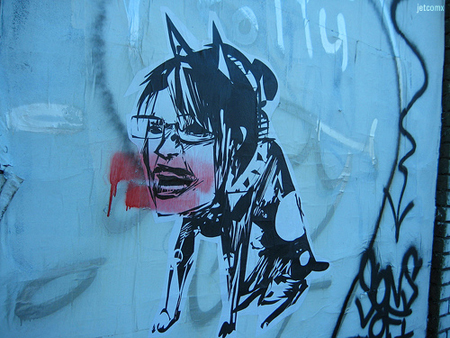 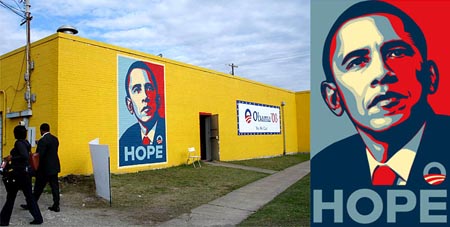 Barack Obama was elected president of the USA in November 2008, becoming the first African American president. After defeating Hilary Clinton in the 2008 Democratic Party presidential primaries, Obama went on to lead a campaign based on Change, and ultimately defeated Republican candidate John McCain. Besides being an exceptional orator and exemplary family man, Obama has begun to fix economic, political, and environmental problems that were worsened by past governments (cough cough Bush cough). He is also credited with having stopped more pirates than any other president. 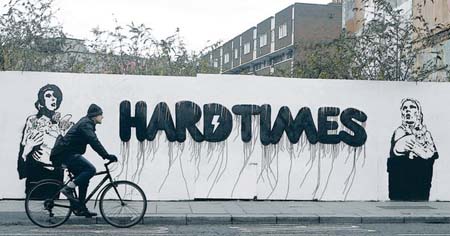 In the past year, the economy has taken a turn for the worst, affecting product, investments, and employment in numerous countries. Reckless lending practices in the United States have contributed significantly to the problem. The U.S. unemployment rate grew to 8.5 percent in March 2009. As share and housing prices declined many large and well established banks in the US and Europe suffered huge losses and even faced bankruptcy, resulting in massive public financial assistance, including the bailouts of General Motors and Chrysler. 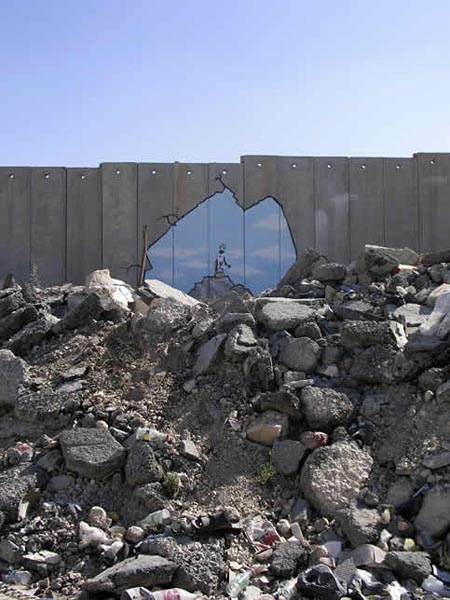 The ongoing Israel-Palestine conflict is a violent dispute between the two groups of people. A number of summits and attempts at peacemaking have occurred in the past, yet the violence continues with the Gaza war which began December 2008. The Israeli government has begun construction of the controversial West-Bank barrier to be completed in 2010. Supporters argue that the barrier is necessary for protecting Israelis from Palestinian terrorism, while opponents argue that the barrier is an illegal attempt to annex Palestinian land.Â In 2005, British Stencil artist Banksy traveled to the wall to put 9 pieces on it. An old man approached him and said that his paintings made the wall beautiful. Banksy thanked the man, but he responded: â€œWe donâ€™t want it to be beautiful, we hate this wall. Go home.â€ 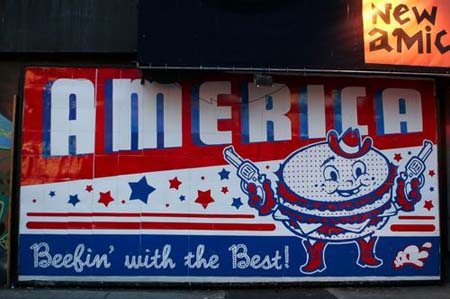 The WHO projects that by 2015 at least 700 million will be obese. Between 1970 and 2005, the percentage of overweight children has grown from 15% to over 35%. With this increase comes the rise of related health problems, including diabetes, cardiovascular disease, and cancer. Once considered a problem only in high-income countries, obesity is now dramatically on the rise in low- and middle-income countries, particularly in urban settings.Â Contributing factors include calorie-dense foods commonly found in fast foods, as well as decreased physical activity, increasingly sedentary work, changing modes of transportation, and increasing urbanization. 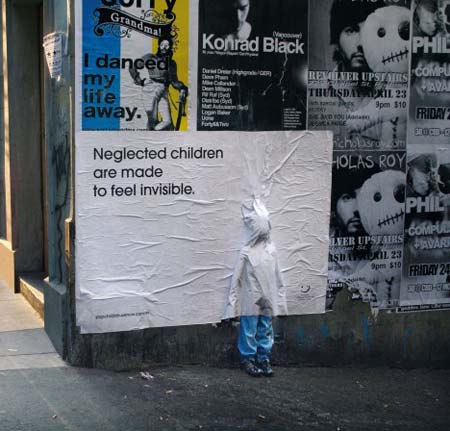 Just one more problem that has grown over the course of the 21st century is child abuse (including physical, psychological, sexual, and neglect cases).Despite efforts to combat social and economic factors linked to high child abuse rates, statistics show steady increases in child abuse cases, which can be linked to failure of governments to place a sufficient priority on insuring adequate health care for children and support for parents. Therefore, developing countries (notably Cameroon, Zambia, the Congo and South Africa) report the highest number of child abuse cases. 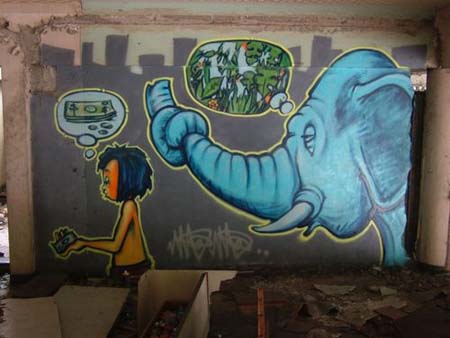 Sadly, animal abuse rates are on the rise along with child abuse rates. In the United States, the number of reported animal abuse cases grew from 410 in the year 2000, to a whopping 2334 cases in 2006. Italian activists are raising awareness of a common problem: summer vacationers purchase a pet for the duration of the holidays, and then abandon it before returning home. In Bangkok, elephants brought in from the villages to beg for money are dying of disease, malnutrition, and motor vehicle accidents. 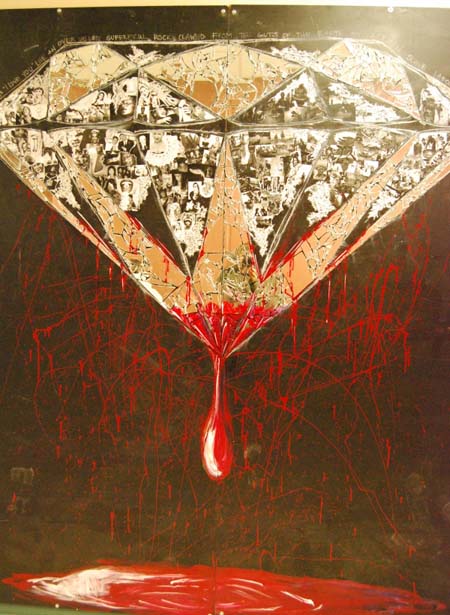 Blood diamonds, or conflict diamonds, are mined in war zones (usually by slaves) and sold to finance an invading army or warlord, generally in Africa (specifically Angola, Liberia, CÃ´te d’Ivoire, The Democratic Republic of the Congo, the Republic of Congo, and Zimbabwe). In 2003, the United Nations introduced the Kimberley Process Certification Scheme, designed to certify the origin of conflict-free diamonds so that consumers can be sure they arenâ€™t financing war and human rights abuses. 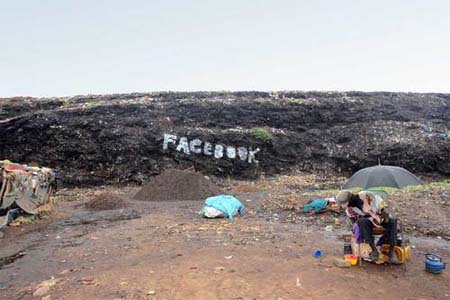 The term Web 2.0 refers to a new generation of web development characterized by information sharing and collaboration. In other words, it is the shift in the use of the Internet from a mass media, read-only communication device to an empowering tool for the masses. Key 2.0 names include MySpace, Facebook, Youtube and Wikipedia. Web 2.0 has re-introduced the public sphere to society, allowing any Internet user to write information and upload media to the World Wide Web. By writing 2.0 names in the slums and third-world landscapes,Â Filippo Minelli‘s ‘Contradictions’ project aims to point out the gap between lived reality and the â€œephemeral world of technologiesâ€. 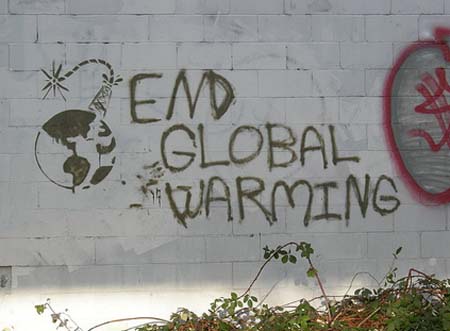 A number of catastrophes have been attributed to global warming including tsunamis, hurricanes. Increasing greenhouse gas concentrations due to human activity are largely responsible. Scientists predict that if the current trend continues sea levels will rise, precipitation patterns will shift significantly, glaciers will retreat, forests will shrink, agricultural yields will change, and a great many species will suffer.Â Most governments are taking steps to prevent further crises. The Kyoto Protocol, currently adopted and ratified by 183 nations, is a treaty intended to achieve stabilization of greenhouse gas concentrations. 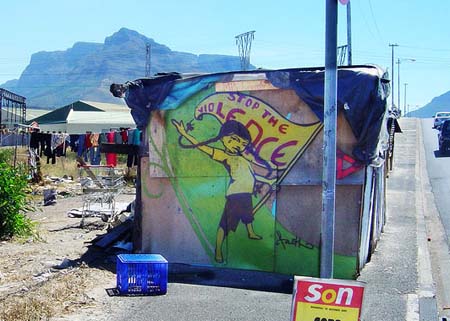 There remains a great divide between developing nations, and third-world countries in which health is poor, education is minimal, and violence is rampant. Africaâ€™s growing population is accompanied by growing poverty rates, and future projections expect the African quality of life to continue to decrease.Â The United Nations has developed eight Millennium Development Goals that 192 United Nations member states and at least 23 international organizations have agreed to achieve by the year 2015 which include reducing extreme poverty, reducing child mortality rates, and fighting disease epidemics such as AIDS. 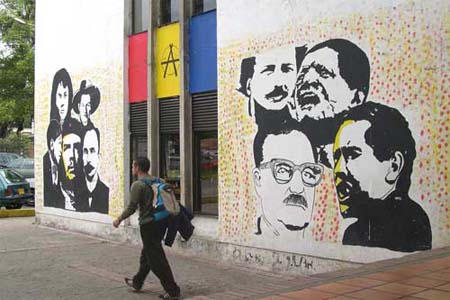 Colombia has had a difficult political past. In recent decades, it has been plagued byÂ the drug trade, guerrilla insurgencies, and paramilitary groups, although the last few years has seenÂ Latin America experiencing economic growth, but no change in poverty rates.Â Every year since the 1960s, the campus at Universidad Nacional , Bogota, Colombia, gets hit by graffiti artists painting revolutionary heroes (including Mao, Che Guevara, Marx, Allende, etc.) in protest against capitalism. 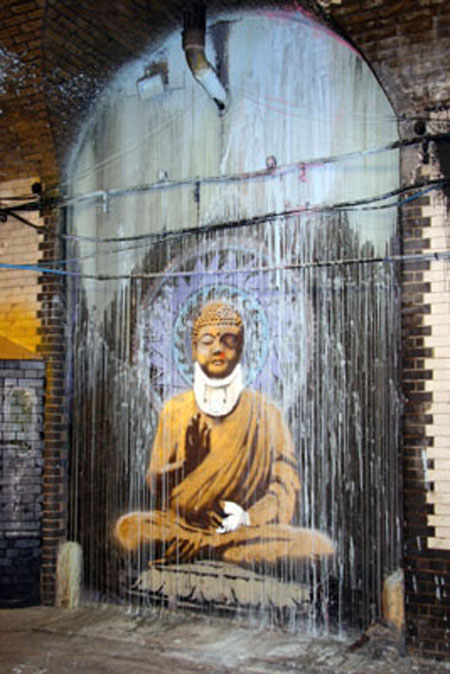 The plight of the Tibetan people since the Chinese invasion of 1950 has been compared to that of the Jews in the mid-1900s. Hundreds of thousands of Tibetans have been massacred in the following rebellions as well as the famine instigated by Maoâ€™s catastrophic â€œgreat leap forwardâ€ plan. Many attempts at negotiations have occurred, and although many citizens still call for full independence, the Dalai Lama has expressed a willingness to remain a part of the Republic of China provided it guarantees preservation of Tibetan culture. Beijing has repeatedly rebuffed this offer, on the grounds that they believe the Dalai Lama is intent on complete independence. 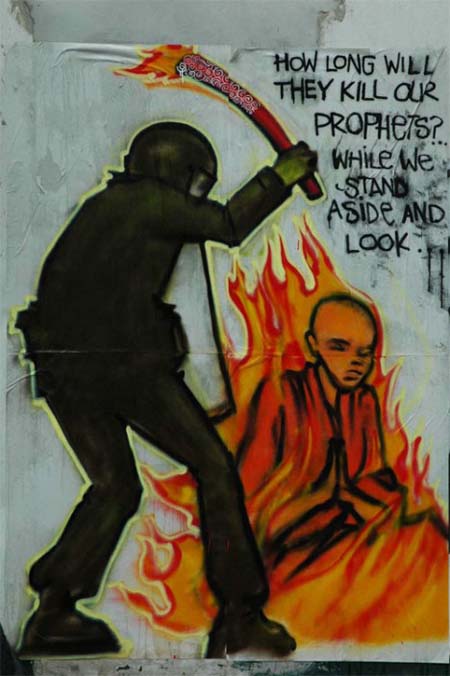 The 2008 Olympics in Beijing offered Tibetans an opportunity to draw attention to the Chinese occupation of Tibet. Tibetans and supporters believe that the Chinese government has been using the Olympics to legitimize its occupation of Tibet through the use of publicized images of happy Tibetans. They also assert that the Chinese government has been arresting and detaining thousands of citizens and Buddhist monks in order to avoid protests. 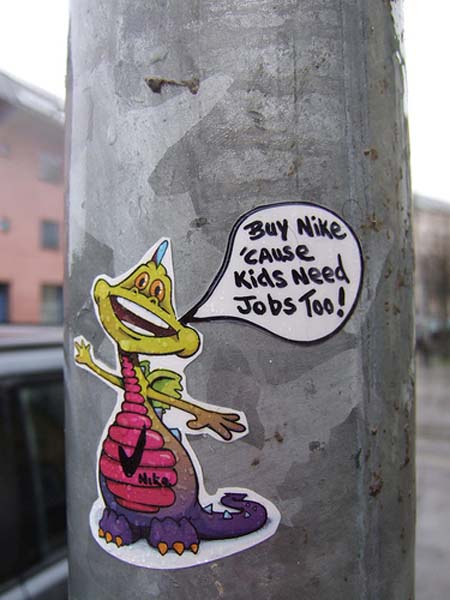 The 2003 documentary explored the â€œrise of the dominant institution of our timeâ€â€¦ The Corporation. Beginning in the 1800s, a corporation is legally seen as a person, and we are all familiar with todayâ€™s corporate personalities: McDonalds, Goodyear, Shell, Fox, IBM, and the list goes on. People around the world have come to rely on, and even adore the corporate entities that feed products to a hungry consumer culture, but corporations are also charged with responsibility for immense atrocities including illnesses, death, poverty, pollution, and exploitation.